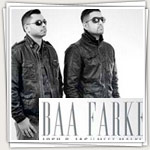 We set off from East London early Saturday morning reaching Arley Rail Station in Wolverhampton at about 9:30am. We met Jas and josh there along with others slowly turning up. Being our first music video where we were included in the storyline. The location was a train platform, which had been one of the locations where Harry Potter was shot. END_OF_DOCUMENT_TOKEN_TO_BE_REPLACED 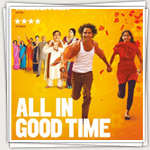 All In Good Time movie appearance

When I was asked to appear as a Dhol player in the opening scenes of the film All In Good Time, I didn’t really know what to expect. I had to arrange to take two days off work and thought I would just play to escort the bride and groom into their reception and the cameraman would film me. However it was a lot more then what I expected. END_OF_DOCUMENT_TOKEN_TO_BE_REPLACED

Did a fantastic job and loved the outfits. Really worked around us and what we needed. Made my day special and left a kind message in our "post box".

Learning from Ambassadors of Dhol is the best! It's so easy, I wish I started earlier.

The dhol players were great, professional and so loud. Guests were complimenting their performance all day.

Really impressed with the service and the professionalism of the dhol players. Would highly recommend them.